Title: Farmer Writes: will input costs force us to change?

Donegal suckler and sheep farmer James Strain is beginning to think differently when it comes to reseeding in a bid to reduce input costs on his farm.

Farmer Writes: will input costs force us to change?

Donegal suckler and sheep farmer James Strain is beginning to think differently when it comes to reseeding in a bid to reduce input costs on his farm. 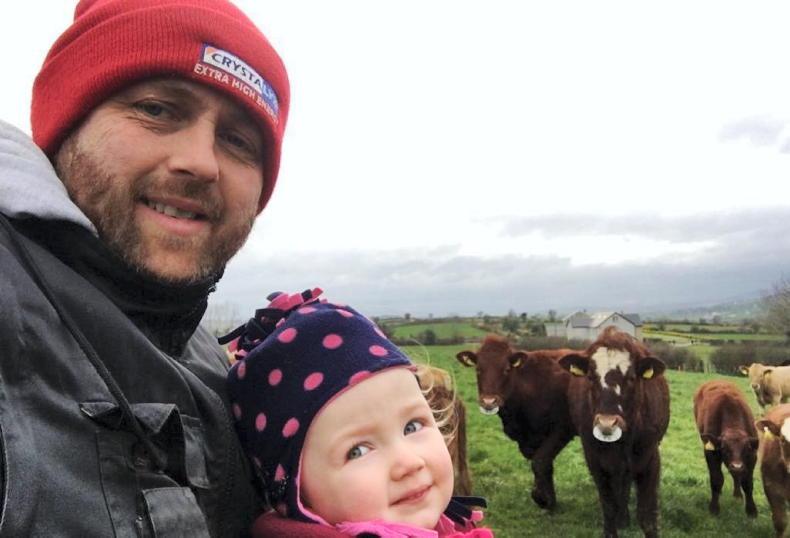 James Strain on farm with his daughter.

I’m lucky that most of my land is in the one block, albeit bisected by two roads.

I say most, because I have one small piece of land about a mile away from the main block. This piece of land is always used for two cuts of silage and a small bit of grazing in the autumn, usually with weanling heifers.

Earmarked for reseeding in the back end of 2012, it was burned off before the second-cut silage was mowed and was then to be stitched.

Unfortunately, anyone who remembers the back end of 2012 will remember that the weather had other ideas that year and I didn’t manage to get the job finished.

The grass seed was eventually stitched in April 2013 and anyone who remembers that spring will know it was one of the coldest and latest there was.

It was the year of the fodder crisis and hay and straw were being sourced from the UK and France up until early June.

Needless to say, the field got off to a bad start, but, with plenty of fertiliser and good management, I eventually got it back on track and it has yielded well for the past eight years.

But for one reason or another, more and more scutch grass has gradually crept into the sward and the second cut this year was almost totally scutch grass, that and the best crop of docks that I have ever seen, even though the field was sprayed for docks only last year.

How and ever, the field will need reseeding next year one way or another. It’s the driest field I have and I will probably use the same method I used the last time.

Burn off the old sward in the spring and just broadcast or stitch in the new seed. Apply a bit of lime, 10:10:20, slug pellets, a run with the roller and Bob's your mother's brother.

I’ve known for a few years that I needed to reseed the field, but kept putting it off as I had other fields on the main block that I saw as being more urgent.

The plan was to maybe use some intermediate grass seeds and maybe take three crops of bales off the field instead of two crops of pit silage, push the field hard, get as much tonnage off it as possible, be good to it with fertiliser and slurry and if it needed to be reseeded in five years then so be it.

However, my thinking is starting to change. Now I’m toying with the idea of a low-input red clover sward, something I wouldn’t have dreamt of a few years ago.

I’ve seen such a sward growing on one of the farms involved in the Inishowen Upland Farmers project and it looked impressive.

Bloat is something that needs to be kept in mind when it’s being fed, but the obvious benefit is that it doesn’t need fertiliser. And that, to be honest, is the only reason that I’m even thinking about it.

A big part of my job is ruminant nutrition and selling animal feed, so I’m always strongly tuned into the world grain markets and the price of raw materials to make animal feed.

We all know that the price of a finished ration has increased by €50 to €60 from this time last year. The increase in the price of fertiliser is looking like it’s going to be a lot more severe than that.

Suckler beef farming has never been a hugely profitable enterprise, but the fact that the three main inputs needed for the enterprise - namely diesel, fertiliser and animal feed - have risen quite excessively is obviously making things a lot worse.

Some of us will try to find cheaper ways to continue - namely my red clover sward - and some of us will either cut back or give up, I think.

Does that mean we’re becoming more environmentally friendly or does it mean we are slowly heading towards a global food shortage? Time will tell I suppose. 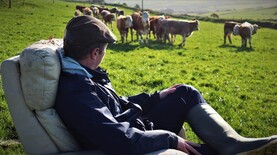 Amy Forde
10,500 farmers must prove they are farming to keep CAP payments
There are Basic Payment Scheme payments made to farmers who aren’t currently “showing any obvious farming activity on their land" and will have to take action for the next CAP. 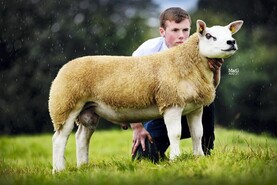 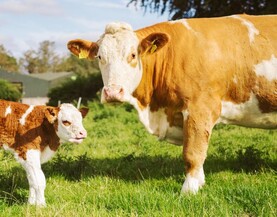