Despite many misconceptions that exist, infertility is as much an issue for men as it is or women. Margaret Hawkins talks to two embryologists about male infertility and what can be done to help. 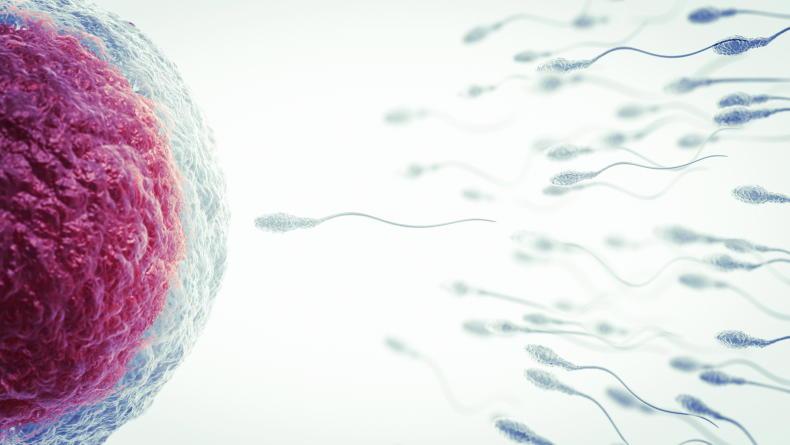 Dr Tim Dineen is an embryologist and member of the Irish Fertility Society as well as a co-founder of the Waterstone Fertility Clinics in Ireland.

The first point he wants to make is that infertility is as much a problem for men as it is for women.

“There is the perception in the media that infertility is more a female problem but that is not the situation. Men can have trouble reproducing just as much as women can.”

Male infertility is common, he points out. Dr Tom Dineen is an embryologist and a member of the Irish Fertility Society.

Dr Dineen has found that infertility is more of a taboo subject for men.

“We found in one study that the link between fertility and virility is very strong, so much so that males don’t want to talk about it because they see it as a reflection on them not being a man to some degree,” he says.

“Men do want to have children as much as females but the big obstacle they are trying to overcome is getting their partner pregnant.

“Having a child may be secondary to this. Men don’t usually think – or want to think – that far ahead to there being a potential problem with fertility when they would decide to have children.”

“Some guys will know they have a problem,” Dr Dineen says, “if they have a genetic condition like cystic fibrosis, for example, but the majority don’t expect there to be any problem.”

Some of the reasons for male infertility include the following:

He points out that in the majority of cases there may be no known cause.

“Some guys may have no sperm in the ejaculate whatsoever. That’s the most severe form of infertility and in that case we will take blood tests to check hormones and genetic causes.

“In a lot of cases we are not able to tell why the sperm count or motility is low.”

Gym steroids can have an impact

If a man is taking certain drugs or medications then these may be an issue.

“Some drugs – chemotherapy drugs in particular – will cut down the sperm production factory and in that situation we would advise freezing a semen sample before treatment to preserve fertility.

“Steroids that some guys take for gym work can cut down sperm production also.

“We would suggest they stop taking them and have a retest in three months’ time to see if there is any change as it takes about three months from the time sperm is produced to when it is ejaculated.”

If there is a physical problem like an undescended testicle the man will be referred to a urologist. In other case, lifestyle change will be recommended as some habits can affect fertility. Lifestyle change may include:

What happens after this

Dr Dineen doesn’t know what percentage of couples conceive after a period of lifestyle change but sometimes the couple will get pregnant spontaneously or they might need the first line of intervention rather than full IVF.

“We are trying to avoid full IVF where possible,” he says.

“Oral medication is given to the female and scans are done to see how she is doing in terms of creating a follicle in the ovaries.

“The next is IUI – intra uterine insemination – where we would prepare a semen sample to inject into the uterus. If the guy has a lower sperm count but the sample prepares well this might work.”

Having a semen analysis done is going to give an idea of fertility potential for the male but sometimes it won’t give the full picture.

“That’s because there is a lot that goes on between the sperm and the egg when they interact.

“Sometimes conception just doesn’t take place which can be very frustrating and it’s only when that couple has a full IVF cycle that you pick up on what the problem may be because fertilisations just don’t take place in the lab.

“We can overcome that (problem) easily by injecting the sperm directly into the egg in a process we call ICSI (IntraCytoplasmic Sperm Injection).”

Those with more serious problems with sperm will become candidates for IVF very quickly, however, he states.

“There is no point in early lifestyle interventions in these cases.

“We can do a testicular biopsy and inject sperm into the partner’s egg. What we say is we might not be able to correct or identify the problem but we can overcome the problem.”

“Men need to ‘man up’ and start talking more about the issue.

“They could be meeting men every day who may be having the same (fertility) problem so to get over that initial fear and discuss it is important. It will only help things.”

What to expect from testing

Dr Deirdre Corcoran of First Options Fertility Clinic in Gorey, Co Wexford, came to work in the human fertility field via the animal one. Dr Corcoran started out in agricultural science but now specialises in male infertility.

An agricultural science graduate with a PhD in gene expression in cattle embyros, she went on to work in the laboratory in UCD Lyons Research Farm and from there to work in the human IVF clinic in Clane.

She now has her own lab for male fertility testing in Gorey.

But how does she find men’s approach to this issue?

“I wouldn’t say men leave it too long to be tested,” she says, “but what I do find is that the female partner is the first to undergo tests.

“It’s nearly secondary that the man gets a semen test done but it would be good practice for the man to go (for testing) at the outset. A semen test is the first step for a man to assess his fertility.”

However, she finds that if there is a problem on the man’s side then they are “100% on board from that point on” and do their best to improve their fertility.

What the test involves

If attending a clinic like First Options, the man can produce the semen sample at home and bring it, at body temperature, to the clinic within one hour.

“It can be daunting to go into a clinic and have to produce a sample so being able to do it at home makes it less stressful and more convenient,” Deirdre says.

The one-hour requirement is in order to maintain the integrity of the sample.

“Once the sample is in a sterile container they must keep it at body temperature, on their person, and get to the clinic at the pre-appointed time.

“If you go beyond an hour, the motility (movement of the sperm) will decrease so you won’t get an accurate reading.”

How the sperm is assessed

There are a number of aspects that are assessed in a semen test. The three most important are:

“The DNA fragmentation test provides a more in-depth look which can be beneficial.

“It shows up if the DNA is fragile or not and there is scientific proof that DNA fragmentation in the sperm can have a role in recurrent miscarriages.”

An antisperm antibody test can also be done to determine whether sperm are sticking to each other.

“This means that the sperm can’t travel so they can’t get to the site of fertilization,” Dr Corcoran says.

First Options Fertility clinic is one of the first to be carrying out oxidative stress levels tests routinely, Deirdre says.

“This test is going to become more relevant. It measures the balance between the oxygen radicals and the antioxidants in the semen sample.

“This particular test can be done quickly and isn’t an expensive addition.

“The stress can be related to dietary, lifestyle and environmental issues, physical and emotional stress, presence of a variocele* and psychological stress.”

*A varicocele is an enlargement of the veins that transport oxygen-depleted blood away from the testicle.