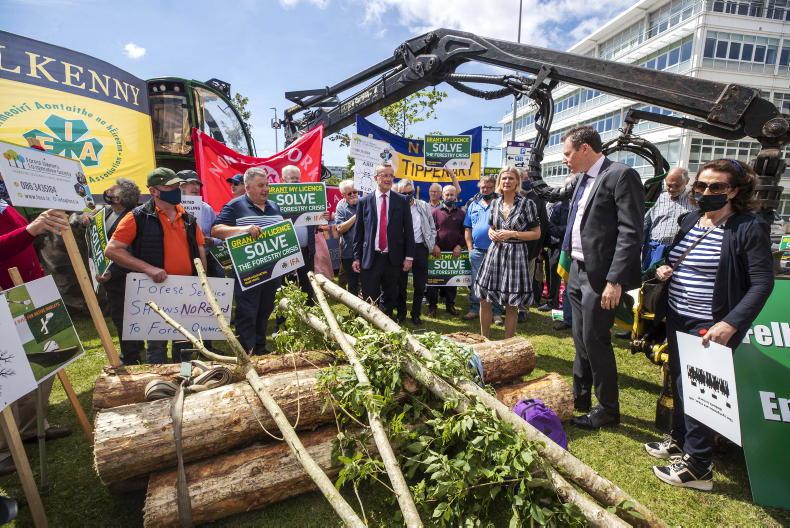 Minister for Agriculture Charlie McConalogue and Minister of State Pippa Hackett talk with IFA president Tim Cullinan and forestry farmers who were protesting in Dublin over forestry licences on Wednesday. \ FinbarrO'Rourke.

Farmers in the forestry sector gathered outside the Convention Centre in Dublin to express their anger at the Government over the forestry licencing system which is currently described as “inoperative”.

Almost 6,000 forest licences (afforestation, road and felling licences) are caught up in the backlog, which is preventing forest owners from managing their plantations, according to the IFA.

The Irish Farmers Journal spoke to farmers with forestry and industry stakeholders to capture their views. “The company started a long time ago, this is my 48th year at timber and I never thought I would have to stand in the middle of Dublin and bring a machine up here to get our points through.

“Basically we are contractors in all aspects of forestry and our problem is, as you well know, the licencing issue and the way licences are issued.

“We can’t get enough licences to keep work done. We are after losing a lot of good drivers out of the industry which is a sin. They are now gone to building sites and things and will never come back into it.

“I have quite a bit of machinery parked up which is very expensive and I still have to make repayments, we are now just trying to see if we can push this with the ministers here to get them to pay more attention to the issues and get our problems solved.

“It’s now July, I am going to give it until Christmas, I am not going to take it anymore because it will absolutely break me if I do, a lot of people are in the same boat.” “I am here to highlight the fact that the forestry licensing business is a complete shambles. I applied for a felling licence in January 2019, subsequent to that I was approved for a woodland improvement grant which came within a month and two-and-a-half years later I can’t do anything because I don’t have a felling licence.

“One of the reasons at first was because of an archaeologist report which we submitted and got and now the latest is they need an ecology report, apparently the department have insufficient ecologist to deal with the reports, that is a staffing issue, and surely to god the book stops somewhere in the Department.

“There is a man here today with a €350,000 machine, he said he is about to go out of business, I could employ him now if I had my licence and my licence is not available because of an ecologist report.”

“As things stand, the backlog for some people is over 2 years.” Robin Tottenham (right) with his lorry driver at the IFA foresty protest.

“We have a business based in Tullamore, we do everything from forestry consultancy to timber harvesting and marketing, then we have another part of the business where we supply woodchip and sawdust to animal bedding. Our main concerns is the licences, we have up to 10 sub-contractors and hauliers, keeping the work in front of them is very difficult at the moment.

“Waiting for 18 months to two years for a licence and nothing happening, there is no reason why the cant be granted in three or four weeks. When you look across the water to Scotland you can get a licence in three weeks or sooner in an emergency.

“We need a single-licence consent system.”

“The reason I am at this protest today is because we are a third generation family business operation in timber processing since 1913 and we have never come across the likes of the crises we now have.

“We have a state-of-the-art manufacturing facility in Fermoy and to keep that plant going we are bringing in a boat load every seven days of logs from Scotland, it makes no sense, on one hand we have farmers who are trying to capitalise and there are really good log prices out there at the moment and the can’t sell it and to run a plant in Ireland we have to ferry over logs from Scotland which is not sustainable.

“We are only doing it for the commitment to our customers and our team and to hold our business together, but it is not sustainable and it just doesn’t add up. For me we need more felling licences issued immediately and it doesn’t make sense, it is an overcomplicated system that doesn’t exist anywhere else.

“It is a disgrace where we have seen farmers who have done what the government have asked them to do, they planted their land with trees and now at a time where there is a shortage of timber and record international prices they can’t sell it and they don’t know when they can sell it. It is an unsatisfactory way to run a business in 2021.”

“We are not going to accept this any longer, we need immediate delivery of licenses.” 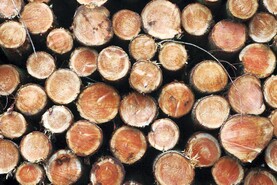 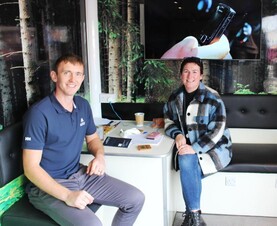 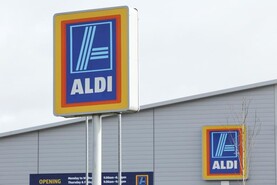 Barry Murphy
Aldi ‘extremely disappointed’ with protesting egg producers
IFA poultry committee vice-chair Brendan Soden says retailers “dictate what everybody else gets down the supply chain” and warned that the protests will continue through the night. 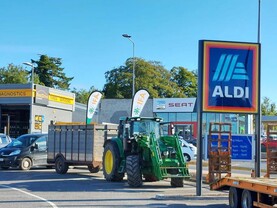 Barry Murphy
Poultry farmers ‘facing closure’ protest at Aldi and Lidl
IFA poultry and pig producers are calling on Aldi and Lidl to provide price increases to enable them to stay viable.